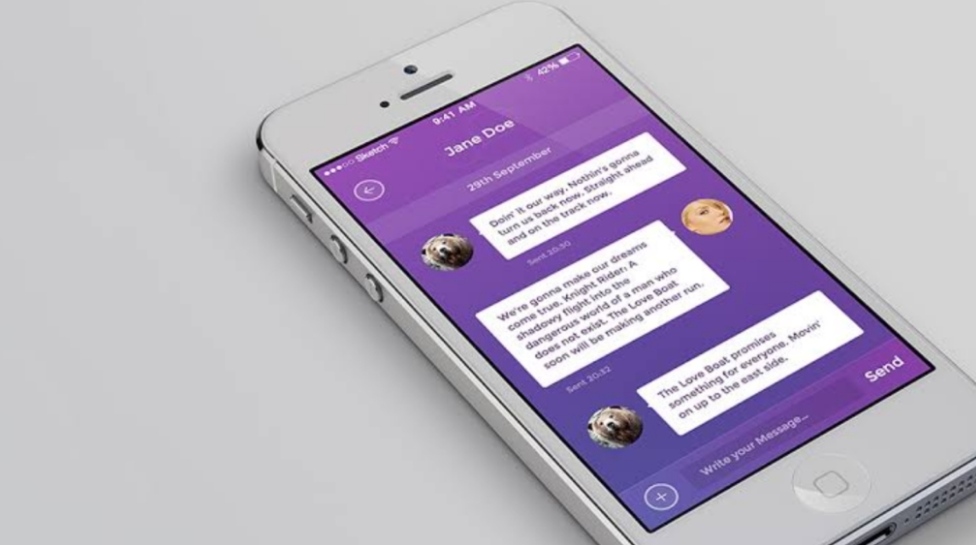 Secret messaging apps that look like games are hard to come by for Android or iPhones.

To paint a clearer picture of what you’re looking for, that would be an app that looks like a game, but somewhere behind it is a secret messaging app.

PAY ATTENTION: Read the most interesting Smartphone app Reviews only here on Richeetech.

Now I don’t know why any of you would want such an app but I have a few guesses (stop me when I reach yours).

1. You don’t want your Wifey or Hubby to see who you’ve been chatting with.

2. You don’t want your BF or GF to see who you’ve been chatting with.

In reality, it doesn’t get more complicated than this.

However, whatever it may be, I’m going to help you cover up whatever you’re hoping to cover up.

RELATED: How To Hide Photos In Samsung J7 (And Never Get Caught!)

First, let’s take a look at the Secret messaging apps for cheaters who use Android.

Secret messaging apps that look like games for Android

With over 10,000 downloads and more than 100 reviews that equal to a 4.0 rating, this app is surly loved among its regular customers.

Hide My Text enables users to convert the text messages they want to hide into private hidden codes.

In other words, it more or less encrypts your messages there by making them unreadable by anyone but you.

Number 2 on our list of secret messaging apps that look like games is Stealth Chat, a privacy focused alternative that claims not to save any information about your chats, multimedia, Contacts and the likes.

Despite it’s bold claim, it has a user rating of just 3.4 stars from a little over 700 reviews.

Think it’s worth it?

Cool sounding name, fancy logo and all the bling. Can the Ninja Messages app live up to it’s self acclaimed hype?

Two of the best features of this app which I really think you’ll love are it’s Disappearing messages and app lock features.

The main features of these secret messaging apps that look like games is message encryption. However, TextU takes its up a notch by offering a privacy feature so good that no one will be able to take a screenshot of your protected messages.

You can also customize your notification for messages you don’t want anyone else to see so that it notifies you with a sound only you recognizes. How cool is that?

The Calculator Pro+ app stands out from the crowd for its disguise as a Calculator. Don’t get me wrong, it doesn’t just pretend to be a Calculator…it is every bit a Calculator, only that it allows you hide your secret messages and call logs while also enabling texting among users.

This app reminds me a lot of Gallery Vault app which I wrote about in this post. You should check it out if you’re also interested in hiding video and photos.

Secret messaging apps that look like games for iPhone

Honestly the 4.5 star review rating on this android app for cheaters is enough to tempt you into downloading it.

Majority of the reviews are 5 stars point blank! However, only people gave a review so this is quite inconclusive t best.

How NetSfere Secure Messaging differs from the competition is mainly in the fact that it’s product is not targeted at individuals like you and me.

Instead, it’s a highly secure cloud-based mobile messaging service made for Enterprises and promises  Collaboration, Control and Compliance.

If what I just wrote doesn’t seem too vague to you, then you’re definitely their target audience and you should have this app.

The IOS Secret Messenger app, as far as writing app descriptions on Apple App Store is considered, probably has some of the laziest content writers out there.

A glance at their app page description (just 2 paragraphs) shows that either the writer was lazy, or the app just doesn’t have anything worth while to tell us about it.

However, it’s worth noting that this app has garnered a whooping 5.0 rating from over 1.9k reviews. That’s amazing!

With FortKnoxster, FREE is the order of the day.

You get to chat and call your friends and family from anywhere in the world they may be for FREE.

Free video calls, free voice calls and end to end encryption are all available at no charge. They also offer self destructing messages.

So here’s the thing about Cellcrypt. It was recently pulled away from consumer market, a disclaimer boldly states on their App store page.

Now Cellcrypt is only usable by businesses and the Government to encrypt their internal communication.

So if your recent installation of this supposed Secret messaging app for cheaters just magically stopped working after 5 days, now you know why 🤗.

Nevertheless, there might be a few of you still curious to know what the app is really like so here is a download link for ya.

Seecrypt much like it’s brother, Cellcrypt also has to do with some top secret Government encryption mumbo jumbo.

Just like the former, only businesses and Governments can use it after passing an approval process.

The awesome hung about these sort of apps is that while it may look every bit like your typical messenger app, don’t let it’s looks cool you.

Underneath the hood, it packs some serious best-in-class, Military grade encryption…features that normal people don’t need even in this age of Privacy concerns.

(Don’t worry, I’m not leaving a download link to this one 😃)

So there you have it guys!

What other secret messaging apps that look like games for iPhones and Android phones have you used or do you know?

Let’s know in the comments section below.