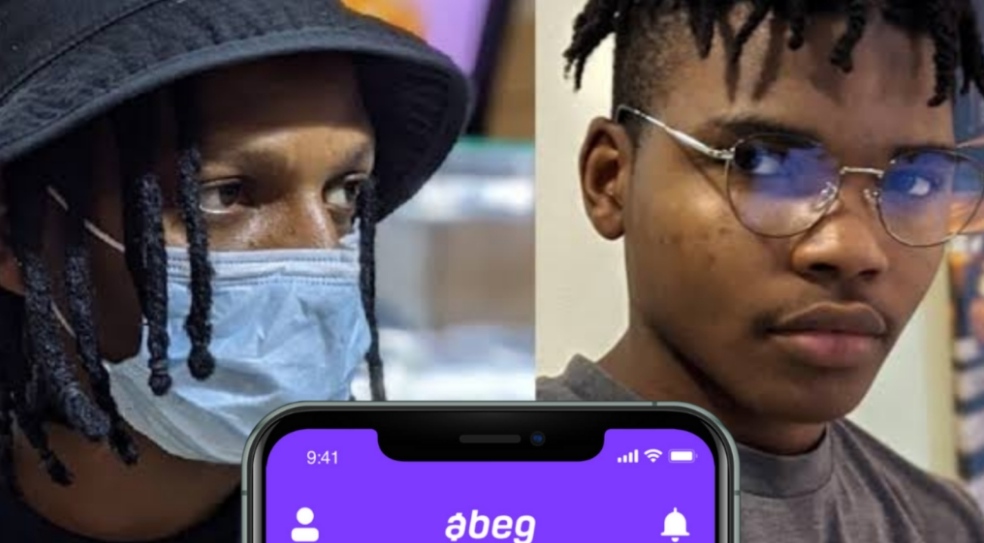 Abeg App, the less than 1 year old Fintech on the block was recently reported to have clinched the leading spot to be the Headline Sponsor of this year’s Edition of the BBNaija Season 6 Reality TV show in Nigeria.

Go with Richeetech as we dig deeper to ascertain how possible it was for the startup to come out the highest bidder (ahead of Patricia for that matter) when little or nothing is known about it’s finances.

PAY ATTENTION: Read about Smartphone apps only here on Richeetech.

Table of Contents Show
1 A bit about Abeg App
1.1 Abeg App Founder, CEO, Team & Who owns it
1.2 How does Abeg app work and what is it used for?
1.3 Is Cash app available in Africa?
2 So how could Abeg app have pulled off a BBNaija cash heist?
2.1 How much does it cost to advertise on BBNaija?
2.2 Three possible scenarios
2.2.1 Scenario 1: Revenue
2.2.2 Scenario 2: Bank loan
2.2.3 Scenario 3: an Abeg app Seed Funding
3 Abeg app APK download
4 Conclusion
5 You may also like

A bit about Abeg App

Abeg App is a Peer-to-Peer Payment platform created by Abeg Technologies that makes sending and receiving money fun, safe and easy for Millennials in Nigeria.

Founded in late 2020 by a group of 6 young and talented Nigerians, the Fintech platform also allows its users collectively save money and request loans from people on their contact list. 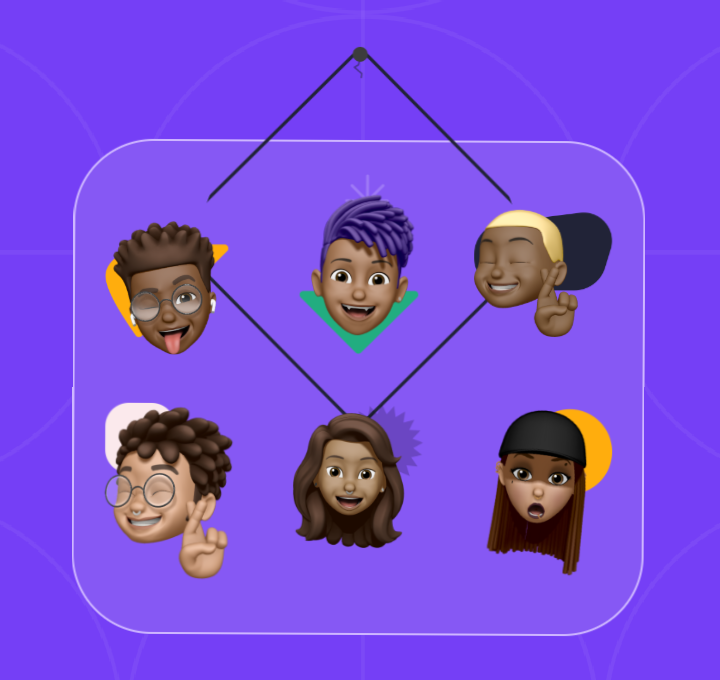 As far as we can tell, the team consists of  founders Muheez Akanni, Michael Okoh and Dare Adekoya as well as 3 others.

No single person owns the Fintech platform but we can confirm that the CEO is Dare Adekoya.

How does Abeg app work and what is it used for?

The app is what is called a “Peer-to-Peer” payment platform and it facilitates the sending and receiving of money from person to person.

To request for money, unlike other Fintechs in Nigeria, you don’t need to use your Bank details. Simply find the person on your contact list or type their username.

As long as they have the app downloaded, they can (literally) bless you with some Ego.

Is Cash app available in Africa?

Yes and No. Chill, let me explain.

No because Cash app hasn’t officially expanded to Africa. Yes because the Abeg app has been likened to function just the way the Cash app does.

It’s not uncommon to hear News publications nickname it “the Cash app of Africa”.

So how could Abeg app have pulled off a BBNaija cash heist? 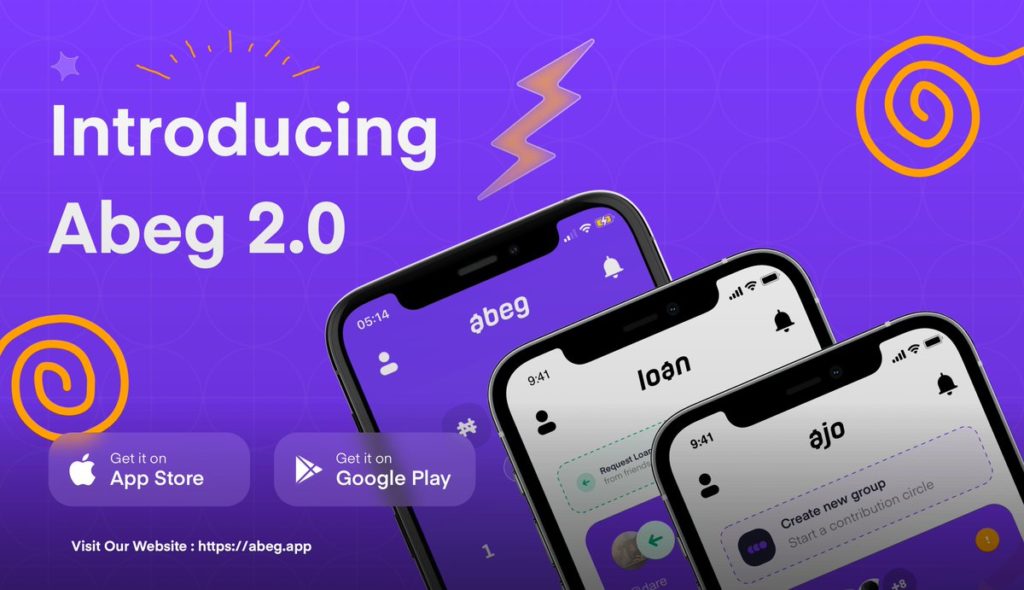 We all know Patricia Technologies.

From Celebrity & Influencer endorsements to TV ads, everyone knows that Patricia has money to spend.

But Patricia came in at second place behind Abeg App for the chance to be the lead Sponsor of the 6th edition of Big Brother Naija.

How much does it cost to advertise on BBNaija?

In short…a Sh*tload of cash! 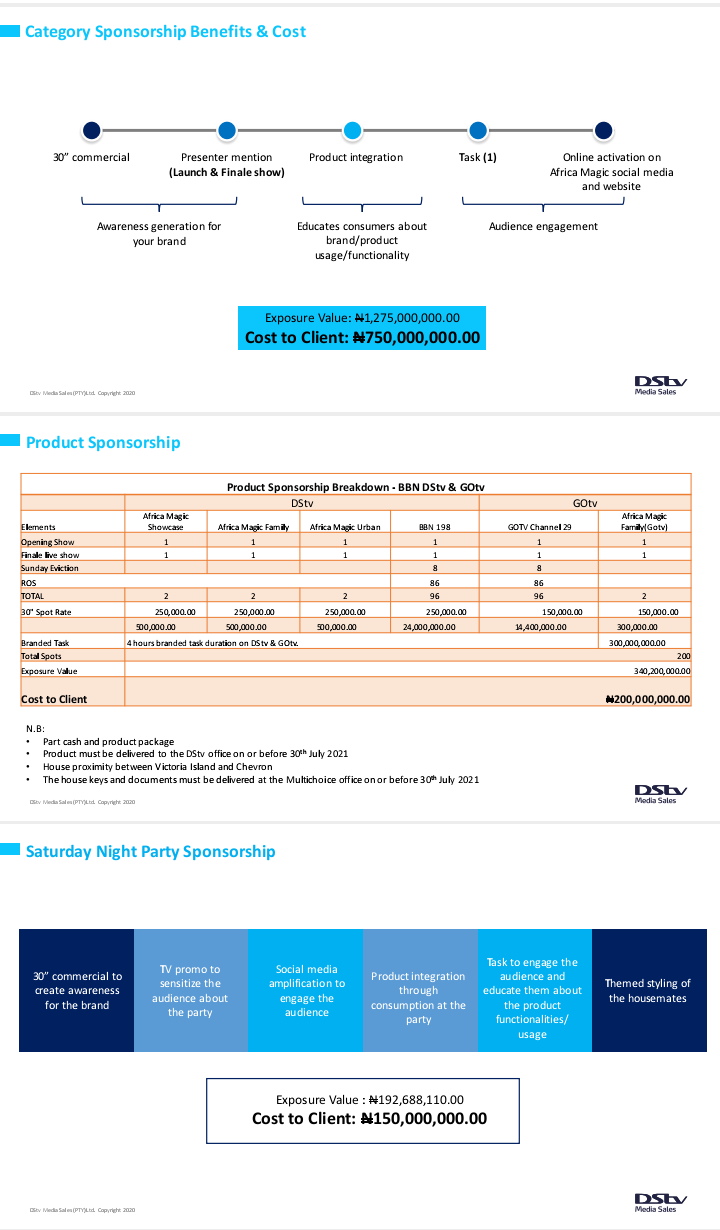 Because of the sheer reach and engagement the show receives year over year, the organizers have been able to slap a premium price for precious advert slots that tons of advertisers bid for.

When I say “sheer reach”, I mean to say that the show reported an average figure of over 400 million viewers on TV and Digital for it’s Season 5 Edition – a 74% increase from the previous year.

We know TV ads are the most expensive of all advert mediums, but this takes the word “expensive” to a whole new level!

I was privy to peer into the pricing deck for the show and behold just how much it costs to be the lead Sponsor (in fact, I have an entire PDF file).

Reports claim that for the 2020 edition, Betway paid a ridiculous NGN 1 billion Naira to come out lead Sponsor.

By some stroke of grace or something, this year’s figure as per the PDF file sent to us from he organizers is NGN 250 million Naira less.

That is NGN 750 million Naira.

I guess the question on everyone’s mind is how the heck did a less than 1 year old Fintech Startup pay almost a Billion Naira to Sponsor BBNaija Season 6?

I theorized three scenarios through which they could have gotten their pretty little hands on such an amount of money:  One sounds least likely and another is just plain never going to happen.

The first scenario one might speculate is that Abeg App sweated out N750m from their earnings since they launched.

While we have no public figures available about how much they earn, we can attempt some rough calculations to try to extrapolate.

If the app collects 1.5% of every transaction on its platform like Paystack does, with only 10,000+ app downloads on Google Play Store, we have to assume not all who downloaded will use it.

Give or take, to hit N750m in raw cash to plough into advertising is a humongous stretch of the imagination.

Yes, I know Fintechs by virtue of their industry virtually swim in money but come on, guys.

We’re in Nigeria. We know the stories of how hard it is to acquire a bank loan. What’s the chance a Bank in Nigeria will lend a less than a year old tech startup N750 million in raw cash (when they’re not Dangote)?

This brings me to my other more likely conclusion…that the Startup raised several millions of dollars in seed funding without telling a soul.

I’ve seen startups publish press releases just to announce their funding rounds on tech blogs to feel good about themselves.

So therefore, it’s not a far fetched idea to think the founders of the Abeg App simply did the opposite.

And with how Viral their launch was on Twitter, one couldn’t be surprised if they were approached by several Venture Capitalists or Angel Investors in the months following their launch.

In fact, I remember saying that I would have funded the company if I was so fortunate to be that financially endowed.

To download the Abeg APK app on your Android phone, head over to Google play via this link and install.

To download the Abeg app on your IOS Iphone, head over to the Apple Store via this link and install.

Only time will tell as the months progress and we finally learn the real truth.

A colleague of mine reached out to one of the Co-founders (he knows a few of them personally) to comment on this shocking news but is yet without correspondence.

Meanwhile, I’m keeping tabs on their Playstore app download numbers. If they doled out N750 million for ads, I’m curious to see the resulting effect on how many app downloads they can possibly get.

How many downloads would be enough to justify such an amount? 500k downloads? 5 million? I guess we’ll soon see.

This is officially a developing story. We’ll update it as more info comes to light.

Until then, how do you think Abeg App was able pay N750 million to Sponsor BBNaija Season 6 Edition? Leave your comments below.

21 thoughts on “Abeg App: You Won’t Believe How Much They Paid To Sponsor BBNaija!”